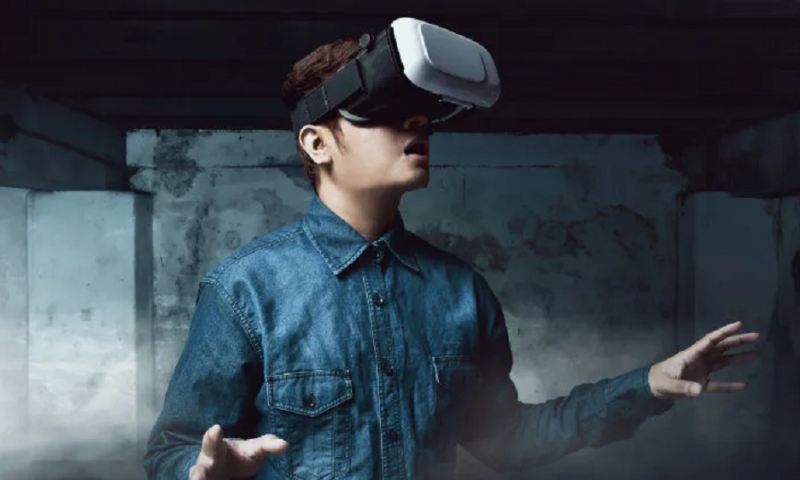 One of the most exciting applications of virtual reality (VR) tech is the boost in immersion for games that rely on sensory stimuli, horror games for example.

While VR horror is most assuredly not for the faint-hearted, die-hard horror fans from around the world are lining up to get their hands on VR games loaded with jump-scares, violence, gore, and supernatural terror.

This article looks at some of the top contenders for the best VR horror games.

The Resident Evil franchise ranks among the most successful games series of all time, so popular in fact that it sparked an equally successful namesake movie franchise. Resident Evil 7: Biohazard is the latest installment of the fan-favorite survival horror series and is available to play on PlayStation VR.

It is incredibly well adapted for VR, providing players with a genuinely fun and immersive gameplay experience even without the gore. The horror aspect of the game is almost secondary to the exceedingly polished and smooth gameplay but is of course still one of the major draws of it. Resident Evil 7: Biohazard gives you what you pay for, and more.

This paranormal investigation simulator is without a doubt one of the scariest horror games of the decade, combining an expertly engineered environment with randomized scares so that no two gameplay sessions are ever the same. Its unpredictability and slow-building suspense are enough to terrify even the most seasoned horror game veterans. The game itself is still in early access, but if the current version is anything to go by, we can expect a truly hair-raising, supernatural VR experience very soon.

Face Your Fears II builds on its predecessor by incorporating several classic horror archetypes into one linear narrative, loaded with jump scares. The eerie soundtrack, bizarre encounters, and loving homages to horror’s favorite monsters make this a must-play for all die-hard horror fans. Be warned; it is a lengthy game, promising several hours of intensely terrifying animated fun. Don’t expect to play through it all in one go!

Hellblade was initially developed only for PC and console, then later adapted for VR. Fans of the franchise were hesitant, as a poorly adapted game can ruin the experience for new payers and old fans alike. However, this was not one of those cases. Hellblade: Senua’s Sacrifice transfers marvelously to VR, with its disembodied whispers and horrifying imagery evoking a strong sense of dread. If it gets too much for you and you need some light relief, check out Lucky Creek Casino no deposit bonus codes when you’ve had your fill of gore-filled fun.

This narrative-rich addition to the Half-Life franchise truly has it all. Zombies, guns, a clumsy yet indispensable sidekick for comic relief, you name it. Driven by the need to save her father from an authoritarian institution, Alyx Vance battles her way through hordes of horrifying mutants, aggressive soldiers, and hostile landscapes.

Fans who grew up playing the Half-Life games will not be disappointed with its VR debut, which adds a whole new dimension to the franchise’s universe.

Tips on How to Stay Safe in a Foreign Country