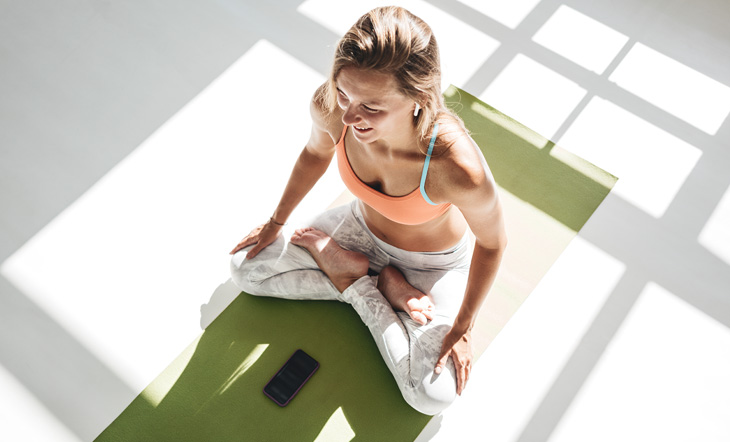 Looking after your mind and body isn’t easy when you’re juggling that with full-time work and trying to survive a world in crisis. Luckily, you’re not on your own – with these apps to be your personal trainer and health coach, you can breathe easy (apart from when you’re in the middle of a workout, of course).

Launched in 2010, Headspace has been keeping people calm and present for many years with meditations. Andy Puddicombe, one of the main people behind Headspace, helped to create the app with the goal of introducing meditation to everyone, no matter what age, race, gender, or socioeconomic status. You can use the basic version for free or pay $12.99 per month to access many more guided meditations. There is something for every occasion, whether you need to bolster your confidence or ease into a good night’s rest.

Sleep is often overlooked as an essential component in overall health. Your mood, energy, appetite, and cognitive abilities are all affected by the amount and quality of your sleep. While apps like Headspace can help with putting you to sleep, Sleep Cycle does the job of tracking your sleeping habits and routine so that you can work on getting the rest you need. It also gives you statistics of the sleep habits of Sleep Cycle users across the globe -you can see exactly who has been bingeing series till 4 am. Sleep Cycle is free to download but you can upgrade for $9.99 a month.

Everyone wants to be happy, right? With Happify, you could be (more than you are now, at least). In all seriousness, being actively engaged with your state of mind is the best way to cultivate happiness and achieve contentment. Happify has been designed based on research and offers subscribers a vast array of activities and exercises aimed at self-improvement and self-awareness. The basic version is free or you can get Happify Plus starting from $14.99 per month.

Nike needs no introduction, and its workout app lives up to the brand’s motto: Just Do It. It offers a variety of exercise sessions and plans to target both cardiovascular fitness and strength. The program is well-structured and questionnaires help you to find the right starting point for your current level of fitness and your preferences in activities. At the moment both the basic and premium features are free – a gesture of goodwill on the part of Nike during these tough times.

This app is geared towards those wanting to learn more about their menstrual cycles; it offers a comprehensive collection of information that you can use to track your cycle. Different functions make it possible to predict the timing of periods and help users to see how different parts of their cycles influence their mood and energy.

Using apps like these isn’t a one-size-fits-all ticket to health and happiness, although they are a great start, and you can also visit website to have some fun and relax. If you feel that your health isn’t up to scratch and things don’t improve, it’s always best to go to a professional for help.

The Apple iPhone is charting new territory as it enters the world of medical research thanks to its medical platform called ResearchKit, which was launched back in March 2015. 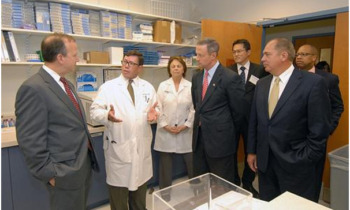 GlaxoSmithKline will be Apple’s first partner in medical research, using the iPhone to track data on rheumatoid arthritis. Participants in the study will use an app created by GSK and based on ResearchKit to track how the symptoms of rheumatoid arthritis affect people on a day-to-day basis.

Patients will use the app, which is called Patient Rheumatoid Arthritis Data from the Real World, or PARADE for short, to track data on their daily symptoms. When participants perform a specific wrist exercise, the iPhone’s sensors will collect data on joint pain, mood, and fatigue, which are common to rheumatoid arthritis.

In addition, participants will be asked a series of questions about their symptoms in order to track how they feel from day to day. The study will follow 300 patients, who will participate in the study for three months.

One of the aspects of the iPhone medical research platform that attracted GSK is that it makes it easier for people to participate in a medical study. According to the Clinical Leader, in a typical study, patients would be required to visit a hospital or research facility, where doctors, nurses or other staff would have to question patients and record data. The iPhone eliminates staff, paperwork, and travel from the equation, making it more cost-effective and less intrusive for study participants.

The iPhone can open new doors to research for a contract research organization or those in Patient Recruitment Services such as https://www.richmondpharmacology.com/specialist-services/patient-recruitment as it may become easier for people to participate in these kinds of trials in the future.

The study with GSK will be an important step for Apple in its attempt to increase its presence in the healthcare technology field. In addition to the ResearchKit app, Apple has tried to bring health tracking to the public through its Apple Watch, which allows users to monitor their physical exertion and heart activity.

The use of ResearchKit, however, offers an attractive, cost-effective option for medical companies and research facilities, which could significantly increase profits if it is adopted on a large scale and becomes widely accepted in the industry. 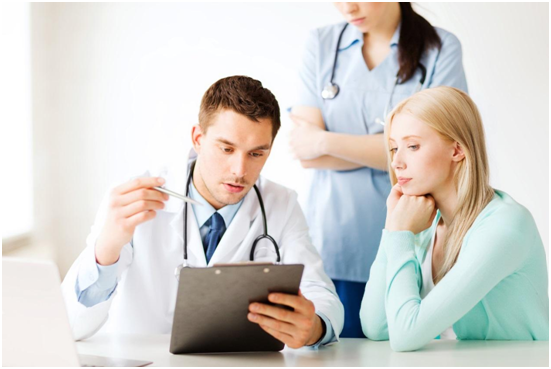 Should I Participate in Paid Medical Trials as a Patient Volunteer?

Deciding whether or not to participate in paid medical trials as a patient volunteer can be a difficult choice. On one hand, you may find a more effective method of treatment than the standard option. However, you may also leave yourself open to experiencing discomforting side effects as a result of the trial.  You should ensure that you talking to professional companies in order to find out the pros and cons of taking part in each study. You will then be able to identify the studies that may be most appropriate for you and your current medical history.  trials 4 us offer paid medical trials and can provide you with any information that you may need in order to make an educated decision. 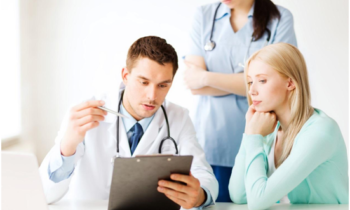 Work with a Team of Professionals

Participating in a clinical trial means that you will be in constant contact with experts from the medical industry. This close proximity to expert medical advisors and researchers gives participants a unique opportunity to benefit from their specialist care, advice, support, and guidance. In addition to this, they will be able to offer you advice on the best course of treatment following the clinical trial.

As a volunteer testing a new medical treatment or device of some kind, you could be amongst the first group of people to benefit from such a treatment. This could be incredibly exciting, especially if the treatment turns out to be really effective and perhaps even more so than the standard treatment.

Despite the fact that participating in a trial comes with a range of great advantages, there are a few risks that you should be aware of before agreeing to volunteer: 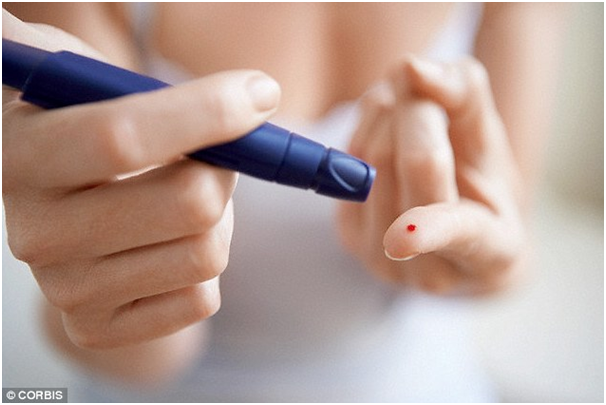 How can we cope with the increase in diabetes?

There is an increasing concern that the cost of treating diabetes may bankrupt the National Health Service, as there has been a massive rise in the number of cases over recent years. 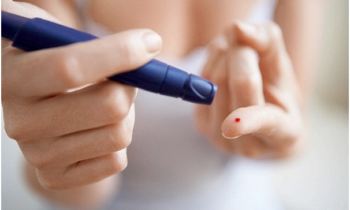 According to a Guardian report, Diabetes UK has issued a warning that the cost of diabetes treatment is spiraling out of control as the result of the 60% rise in cases over the last 10 years.

Identifying and tackling the causes of diabetes is vital, and the good news is that diabetes is often preventable. Research claims that sugary drinks, regardless of size, may cause people to develop type 2 diabetes. Obesity is the biggest preventable factor and if the current trend is maintained, one in three people will be obese and one in ten will be diabetic by 2034.

A healthy diet is essential for preventing diabetes and it has been suggested that schools should teach pupils about healthy eating, what 2,000 calories look like, and how to refuse unhealthy alternatives. Sport and exercise are also important as part of a healthy lifestyle and for weight control.

The National Institute for Health and Care Excellence (NICE) has identified nine processes of care for diabetes. These are tests that all diabetics should have annually; however, 40% of diabetics do not currently have them all, meaning that they are at higher risk of complications such as blindness and kidney problems. It is estimated that 80% of the 100 amputations carried out each week would be preventable if patients received optimal care. There is a new initiative to encourage healthcare professionals to identify patients at high risk of diabetes because of an inherited tendency or because they are obese and to offer intervention at an early stage.

Even if you have your weight well controlled, there can sometimes be hard-to-shift areas of fat, for which laser liposuction may be the answer. This minimally-invasive treatment can be carried out at centers

The increase in cases of diabetes can only be stemmed by a total change in our lifestyle, with an evidence-based behavioral programme currently being developed by the NHS Diabetes Prevention Programme to prevent the increase in obesity and consequently diabetes. 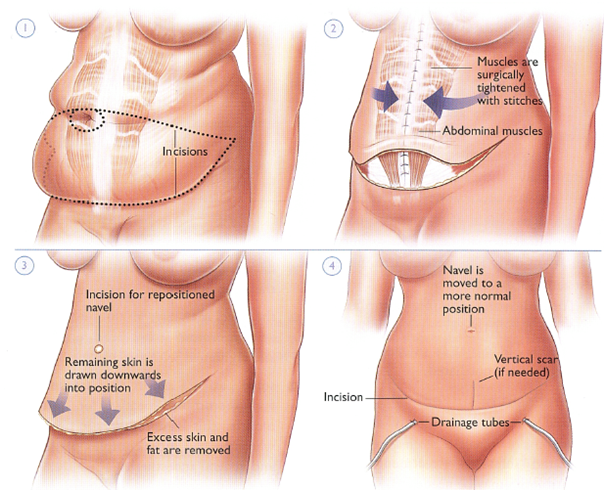 The popularity of cosmetic surgery and abdominoplasty 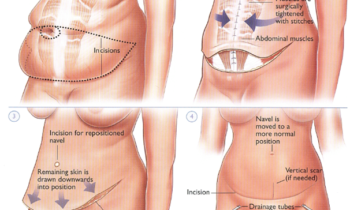 The south of the country sees more cosmetic surgery carried out that the north due to the greater wealth of London and the surrounding areas. According to the Guardian, cosmetic surgery could even be the new ‘acceptable face of womanhood’, although an increasing number of men are also undergoing procedures in an attempt to restore their looks and improve their confidence.

Abdominoplasty in Essex is available through a number of highly-qualified surgeons who can reform your stomach area and turn back the clock. This procedure is ideal for people whose skin has become looser on the abdominals, such as after pregnancy, and who want to return to their earlier shape.

Abdominoplasty is also perfect for people who have lost a large amount of weight. Sometimes after weight loss, there is some loose skin left that no amount of exercise will be able to reduce; this skin needs to be surgically removed. Cosmetic surgery can remove this unsightly skin, leaving only a light scar that will fade significantly over time. Your surgeon will try to hide the scar in the natural folds of the skin to disguise it, and after a year it will fade to a fine white line.

Refresh Cosmetic Surgery are experts in abdominoplasty, (more commonly known as a tummy tuck). By choosing to have this cosmetic procedure you will be able to regain your old confidence. Before undergoing any procedure it is, of course, important to read all about what actually happens during a tummy tuck operation so that you know exactly what to expect. Information guides, such as this informative article by the NHS make researching your procedure much easier.

Some of the issues to consider are where you will have your cosmetic procedure, who will perform it and what the outcome will be. Always discuss the likely results with your surgeon and look at before and after photos of previous patients.